A downloadable game for Windows

Play as Yolka, a mountain goat who found an unknown egg. Keep the egg warm as you navigate the 3 distinct worlds, and bring it to the hottest place you know: the depths of a volcano.

Made for the Newgrounds July Game Jam 2021 by Team Ouroboa.

I tried playing this and the first sort of "environment" was enjoyable, but the first screen of the second environment i wasn't able to progress past for reasons I feel weren't just my fault as the player.

Firstly, the blocks that swap between being able to be stood on or having it so you fall through on a timer have no indicator when they switch, making it frustrating to time your jumps. This could be fixed by either having them flash a bit before they actually change or syncing them up with the music (as seen in games that have used similar mechanics such as mario and celeste).

Secondly, at the end of the same screen I was unable to figure out how to jump high enough to progress, even bouncing off the enemy didn't give enough height.

Thirdly, why is there an actual pitfall trap right at that end of the screen? At first it looked like the way to progress was to fall down, and I did just that only to be stuck in a hole that was difficult to get out of without quick resetting. 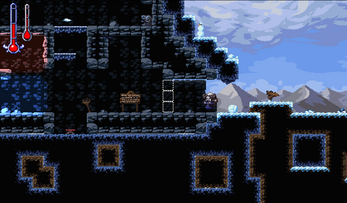 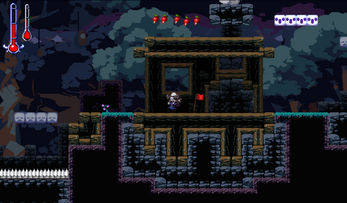 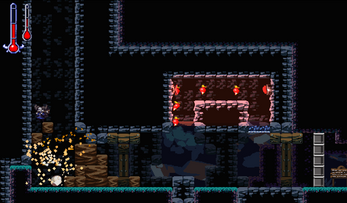 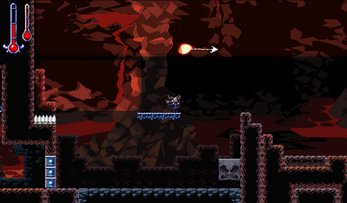