Third Party is a top-down stealth game where you play as a spy tasked with stealing important data from a rivaling government. Your task would be easy enough if your objective wasn't in a underground top-secret facility  handling an alien outbreak. No hallway or corridor is free from enemy presence, most ways of infiltration would end up with you 6 feet under, and both man and mutation want you dead. Luckily for you, your favorite movie is Weekend at Bernie's.

Descend deeper into the heart of the facility...

Either through bullets or teeth, death is indiscriminate: you die in one hit. Use the fallen corpses of dead foes to traverse safely within enemy presence.

Every enemy will shoot anything that moves that isn't of their color: make sure you bring the right corpse!

Reply
Craig The Gunslinger1 year ago

whenever i try to open it it just says unreachable please help me Duckonaut!

It was quite an interesting game and I liked some of the mechanics, but there were some things I saw that you could fix.

Firstly after dying you could still move and pick up corpses.

Secondly I don't think it's a good idea to give the corpses to the player in the beginning like they are given at the moment. Maybe there should be some sort of a closet where you could get one or two in the start of a level or maybe the player shouldn't be given that at all.

Thirdly holding the corpses didn't always grant an immunity from enemy bullets when walking around. It most likely came from weird collisions.

Fourthly I felt like the bullets and shooting didn't have enough of an impact.

Lastly I really enjoyed the sound design, that is one thing that I do give you props for because it compliments the game really well.

Sometimes just making a run for it works out just fine.......

Hello. I played this game cause it interested me actually a bit. I made it fairly far for my standards cause I am not much of a Stealth gamer. Still quite an interesting concept. I made a video about it too. Also amazing music.

Amazing stealth game! It is featured in my Video!

Are the corpses supposed to act like spinning tops?

This is a really cool game idea!

Hiii, I've made a video about the game and wanted to share some feedback about it, hopefully it is useful to you ^^

-The concept of the game is really good and fun.

-The gameplay mechanics are really fun and original, making the gameplay really dynamic.

-The level design is very well thought to make the most out of the gameplay mechanics.

Hopefully this is useful to you :D, also if you could subscribe that would help me a lot :)

I don't know if the elevator is hiding the level loading, but if it's not I think the game would work better rhythmically if they were less frequent. At the moment a lot of the game is spent in the elevator waiting for the next level.

Also, on OSX the right-click to fire while holding something doesn't really work, as a right-click is a two-finger click. If there were keybinds for firing, this wouldn't be an issue.

Reply
Craig The Gunslinger1 year ago 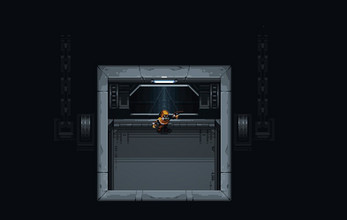 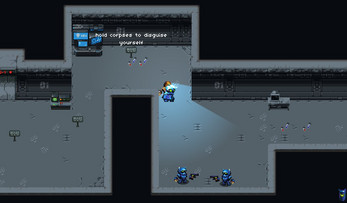 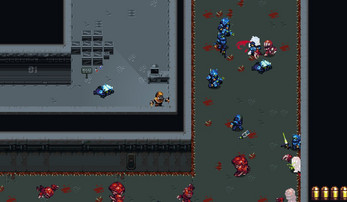 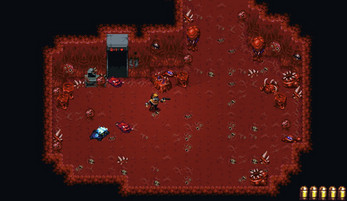